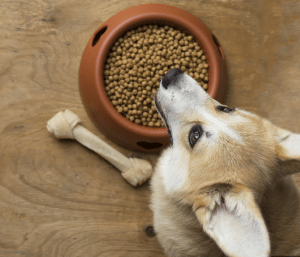 Propylene glycol is used to absorb and maintain moisture in some medicines, cosmetics and food products, and also as a solvent for flavors and food colorings. It is found in some semi-moist and moist dog foods as well. The FDA has approved it as a substance “generally recognized as safe.” Propylene glycol, like its cousin, ethylene glycol, is used in antifreeze – the ethylene in the “safe” formulations. Both compounds also share the characteristic of increasing the amount of acid in body chemistry.

In reported cases, toxic signs appeared only after repeated doses of propylene glycol, used as a solvent in medicines, were ingested in small amounts or repeatedly applied to the skin.

If anyone needs a more compelling reason to want to see named protein sources on the pet food they buy, here’s a slightly sickening one, straight from the epa.gov website:

Several years ago, it came out that sodium pentobarbital, the drug commonly used for euthanization, was found in many commercial pet foods.

Dyes. Now why are there synthetic dyes in pet foods? Has anyone ever encountered a dog who turned up his nose at food because it wasn’t a dark, rich brown color? Or didn’t have bright orange bits? No little round artificially colored pea shaped pieces? Those appetizing colors are for our benefit, not our animals’, and if we’d stop and look at the risks inherent in some of those dyes, most of us would be happy to scoop out a cup or two of not-so-attractively colored kibble on a daily basis.

Tests on Blue #2, while “inconclusive”, suggested an increase in brain tumors among laboratory mice. Red #40 also had flawed tests, but is “assumed” safe. Yellow #6 caused adrenal and kidney tumors in lab animals. It’s assumed to be safe for humans, but we’re animals too, and besides, if it caused tumors in lab animals, it’s a pretty safe bet it just might cause them in our animals as well.

We can live without the pretty colored kibble, and so can our pets … a lot better than they can live with it.

Animal and poultry fats – undefined or specified. Scary stuff. Not only do the regulations not require a list of what species of animals or poultry contributed to the rendering, they also make no attempt to ensure a minimum standard for the condition of those animals. Nowhere does it require them to be “slaughtered”, and it is completely acceptable to include 4D animals (dead, diseased, disabled or dying prior to slaughter), as well as whatever’s on the truck, whether it’s from a slaughterhouse, farm, restaurant refuse, animal shelter. There is also no control over what parts of an animal can be included or what part of the world it may come from. Say there’s a batch of cow heads rendered down and shipped from overseas … somewhere there’s an outbreak of bovine spongiform encephalopathy …

Vitamins are a good thing, right? Theoretically, but when we start using some of the synthetics that perspective can change drastically.

Menadione, or Vitamin K3, is an example. Not only is it not as effective as its natural form, it poses certain risks and has been banned for use in human foods in Europe after being strongly implicated in serious side-effects and even death. The FDA has banned the sale of synthetic Vitamin K over the counter because of its high toxicity levels and the fact that, unlike natural Vitamin K, it builds up in the body. It seems to have mutagenic effects as well as other toxic reactions and is a widely reactive allergen.

But, it’s cheap and it sure looks good to have another vitamin on the ingredient list! 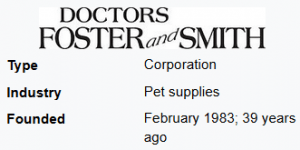